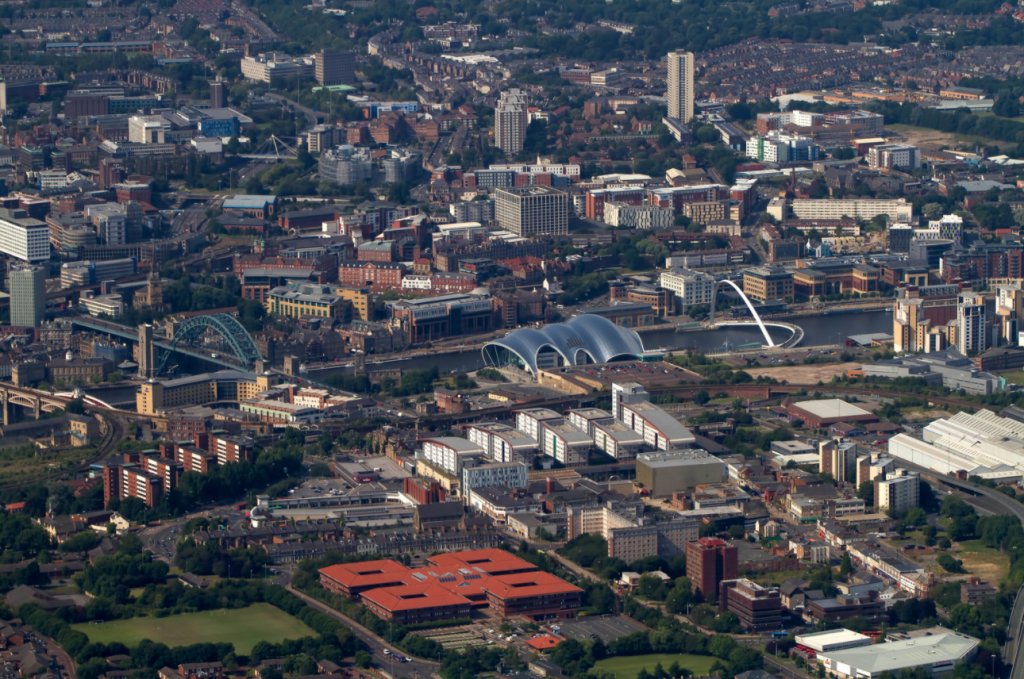 Last week the Lloyds Bank Business Barometer rated the North East’s business confidence levels as second-highest in the country. With numerous projects, investment and infrastructure upgrades happening across the region, here’s our quick round-up of news not to miss this month.

The former city centre home of Newcastle Building Society is to be made into flexible office space for up to 600 people in a multimillion-pound refurbishment.

Development company AHCS One Limited has created more than 60,000 sq ft of workspace over five floors.

The first phase of the £60m Hillthorn Business Park has been approved by Sunderland City Council.

The next phase of Newcastle Central Station’s multi million pound transformation is set to begin this month.

The second phase of the Central Gateway project involves the construction of two new pedestrian/cycle entrances, the creation of a new concourse within the station and the pedestrianisation of Orchard Street.

Proposals for a new ‘smart’ taxi rank – a new form of information system for taxi users/ drivers, which makes use of sensors at taxi stands to monitor the number of waiting taxis in real time – is currently under review.

Britishvolt has now handed the keys to the site to lead construction partner ISG so they can start advanced work at the former Blyth Power Station in Cambois.

The development hopes to create 3,000 direct highly-skilled jobs, with another 5,000 created in the associated supply chains.

Politicians and business leaders have come together and produced a report to express their support for HS2 and the benefits it could bring to the North East and Yorkshire.

With two HS2 trains every hour between Newcastle and London and one per hour to Birmingham, over 25,000 passengers are expected to travel on the high speed network to and from the North East.

A new 100% electric rail service is to run between London and Edinburgh from October and will offer a ‘greener alternative to flying’ say operators.

It will stop in Newcastle and Morpeth and be run by new travel company Lumo, who say it will provide low-carbon, affordable long distance travel for over one million customers per year.

Development chiefs at Northumberland County Council have approved plans for a new railway station at Ashington as part of the Northumberland Line project.

The route, previously known as the Ashington, Blyth and Tyne Line, has not run a passenger service since 1964.

Trains are expected to start running on the line by December 2023 and once operational are expected to provide a service to Newcastle every half an hour, with journeys taking about 35 minutes.

Construction on the Brett Oils site will be carried out by Gateshead based Tolent Construction, starting in October and finishing in May 2024

Two derelict farm buildings are set to be demolished to pave the way for further investment at the International Advanced Manufacturing Park.

The two buildings are set to be cleared later this year in a move that will enable the further development of the (IAMP) which was announced last month as the preferred location of Envisions’s £450m Gigafactory.

Durham County Council has approved plans for the expansion of NetPark in Sedgefield, contributing £49.6m to help finance the plans.

The plans could potentially create 1,250 direct jobs and a further 2,200 in the supply chain.